US Stocks Jump To Record Highs Despite Rising…

US Stocks Jump To Record Highs Despite Rising…

Futures on the S&P 500, Dow and NASDAQ 100 stood firmly in red territory this morning and European shares dropped as the U.S.-China trade war showed no signs of slowing down. 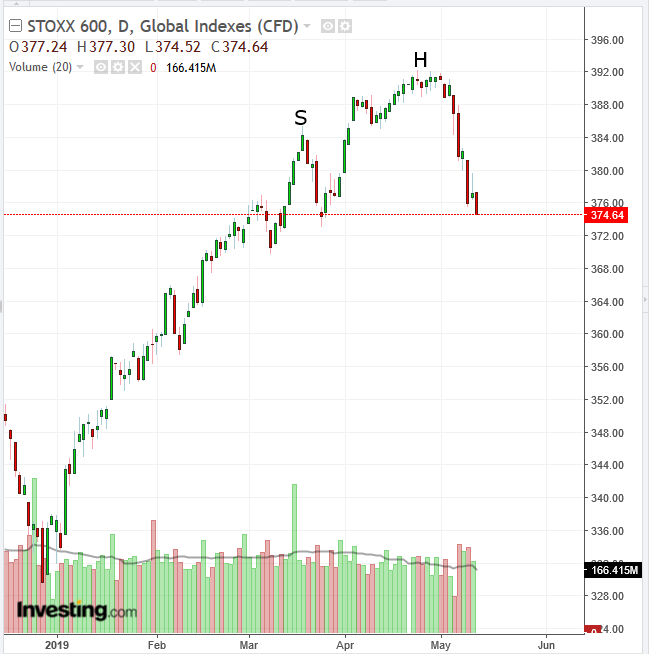 All charts powered by TradingView

The STOXX 600 slipped to the lowest price since March 25—and another 0.6% decline would push it to the the lowest level since March 12—as investors waited for details on China’s retaliatory measures after the U.S. pressed ahead with higher tariffs on imports from the Asian country on Friday. Stocks on the pan-European benchmark sold off on the highest selling volume since October 10—a month and a half before the infamous global December rout. Technically, the index is in the making of a H&S top, with the left shoulder formed with the head’s low finding support by the lows of the left shoulder.

Germany’s DAX in particular underperformed as the high dependence of its listed companies on exports would mean they would be harshly hit by an expansion of trade tariffs from the U.S.

In the earlier Asian session, the yuan extended a selloff while the yen and Treasurys advanced as investors ramped up their risk-off positions. Perhaps, the most unnerving aspect of the renewed trade headwind, for traders, is the lack of a set date on when high-level negotiations between the two economic powers will resume. An open-ended risk comes as kryptonite for the market, as it carries the highest uncertainty.

Japan’s Nikkei (-0.79%) suffered the highest-volume tumble, amid a selloff since March 8. China’s Shanghai Composite (-1.21%), conversely, slid on contracting volumes—which somehow brightens the picture, as low participation may suggest the equity slide won’t last. South Korea’s KOSPI (-1.38%) extended a double top but the preceding rally hovered close to October 2018-January 2019 bottom, which was the lowest since November 2016, before the so-called Trump-trade skyrocketed stocks. Hong Kong’s Hang Seng was closed in observance of the Birthday of the Budhha.

On Friday, U.S. shares bounced back from what would have been a fifth day of declines. Although the rebound was insufficient to recoup the sharp losses of the previous few days, it did save the week from the dubious honor of being the worst since December’s rout. And it was mainly defensive sectors that managed to seal some gains, demonstrating investor uneasiness. Investors also increased safe-haven holdings such as the yen, Treasurys and gold—though the precious metal’s added demand was more likely a result of the weakening dollar. 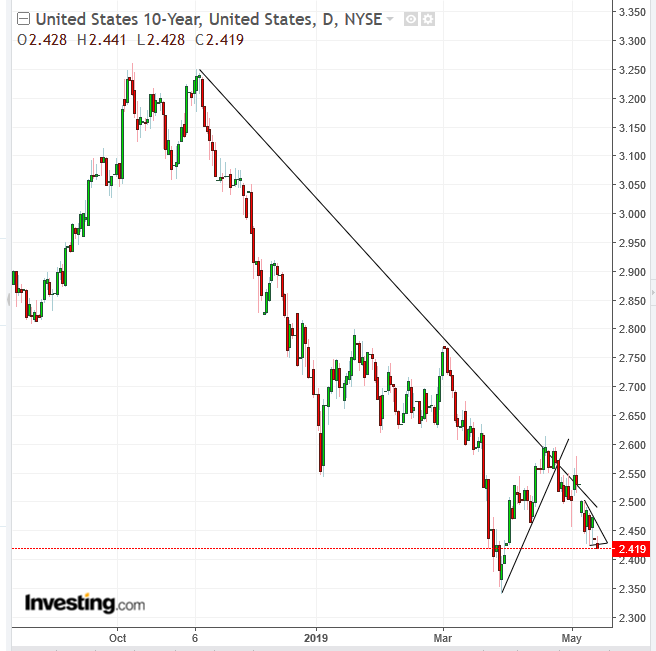 The yield on 10-year Treasurys provided a downside breakout on an intraday basis, to a bearish pennant, resuming the medium-term downtrend line since the November top, after falling below the short-term uptrend line since March 28. 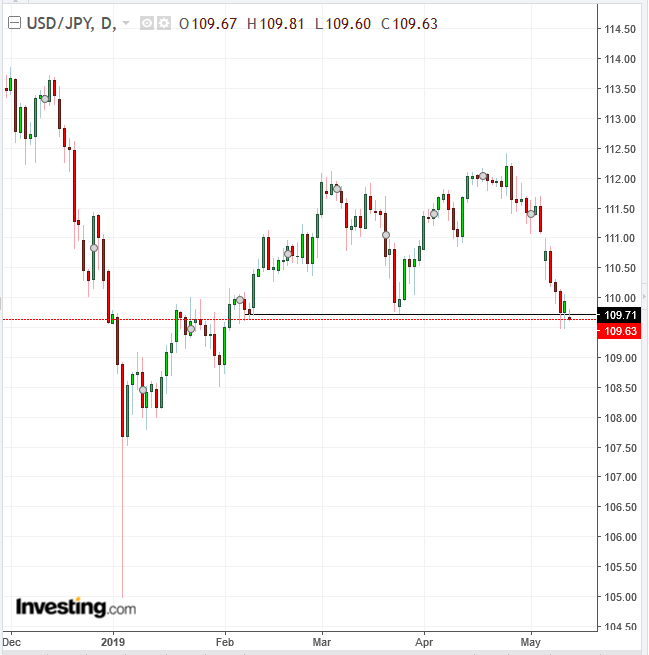 The yen strengthened against the dollar, with the USD/JPY pair completing a double top on an intraday basis. 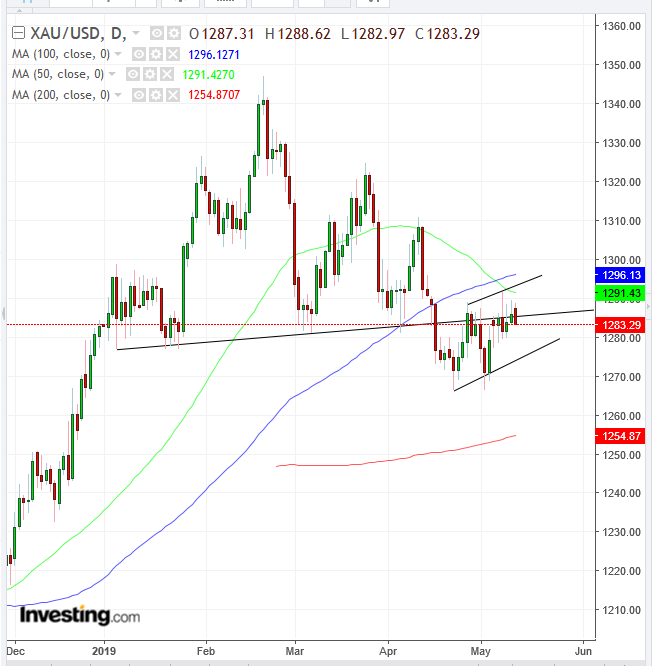 Gold fell even amid widespread risk off, as it became more expensive after the USD rise. The precious metal is struggling against the neckline of a H&S top amid a return move. Its current trading pattern is creating a rising, bearish flag.

Overall, we argued that focusing on the ongoing trade headwind alone for a longer-term coherent market strategy may not be the wisest option. Mixed signals on the future of trade talks continued on Monday as White House top economic adviser Larry Kudlow said there is a “strong possibility” that Trump will meet Chinese President Xi Jinping at a G20 summit in Japan in late-June. On Sunday, he had acknowledged U.S. companies and consumers stand to take a hit from the higher tariffs imposed by the White House on Friday.

Meanwhile, Bitcoin held onto gains above $7,000 after soaring as high as $7,448 on Saturday. Is the digital currency finally acting like the safe haven its enthusiasts have long claimed it to be?

Week Ahead: Wavering Rotation Into Value, Out Of Tech Stocks Will Persist

US Stocks Jump To Record Highs Despite Rising Inflation

Oil Makes Fresh Highs, Stocks Steady Ahead Of ECB And US CPI Double-Header

Prev Next
Leave A Reply
Cancel Reply
Subscribe to our newsletter
Sign up here to get the latest news and updates delivered directly to your inbox.
You can unsubscribe at any time
Sign in
Sign in